ORANGE1 FFF Racing Team by ACM is set for the last Blancpain GT Series race in Barcelona, the final round of the Endurance Cup. After successfully winning the World Challenge Europe three weeks ago, the Chinese squad is ready for the final assault to the Overall and Endurance titles. It will not be easy, as the other opponents are ready to fight and a difficult last Endurance round at Spa-Francorchamps made the things a bit more complicated, although the team is leading the Teams’ standings with 160 points.

At the Circuit de Barcelona-Catalunya, the #563 Lamborghini Huracan EVO GT3 will see at the wheel Denmark’s Dennis Lind alongside World Challenge Europe Champions Andrea Caldarelli and Marco Mapelli. The Lamborghini Factory Driver trio has 49 points in the standings, and the only chance to aim for the title is a victory, a motivational target still missing in the Endurance Cup in this already incredible year.

On the #519 car, Giacomo Altoè will make his second consecutive race with the team, this time pairing with Phil Keen and Giovanni Venturini in a PRO line-up, taking the seat of Franck Perera, who is missing Barcelona due to another commitment with Lamborghini Squadra Corse. Another return is set for the Silver Cup car #555 with Michele Beretta and Taylor Proto ready to welcome in the line-up Andrea Amici. The Italian driver won the 2018 Lamborghini Super Trofeo Asia with FFF Racing, and is ready to join the team for the first time this season.

Fu Songyang, ORANGE1 FFF Racing Team by ACM Team Principal
“Our first season in the Blancpain GT Series is close to the end. But still one race is missing, one of the most important of the season. Our rivals are very strong and Barcelona is not the track which suits better our car, but I have no reason to think we will not be fighting until the last corner. The World Challenge Europe title gave us extra motivation for the Endurance Cup final, and I’m also really curious to see how Giacomo and Andrea will integrate with the team in this challenge”. 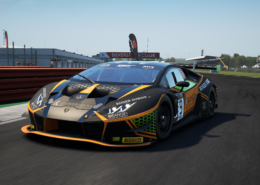 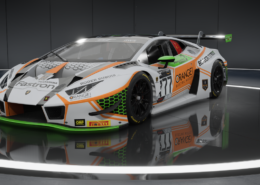 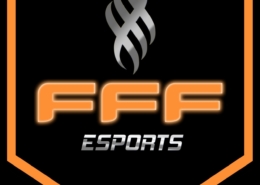 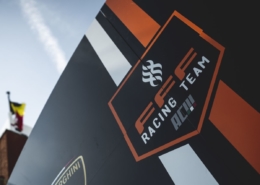 FFF Racing to the FIA Motorsport Games for Team Japan